The growth of government and its underlying driver has been one of the most researched themes in the study of modern political science, owing much to its relevance to modern popular political participation and the public wariness of big government in a liberal oriented democratic society.

Given the common experience in living memory that the expansion of the public sector seems to be irreversible, it is of little surprise that public, politicians and researchers alike all contemplate the question how big the government will grow to.

In the face of such a problem with highly a complex system of drivers, it would always be necessary to take steps back so it can be broken down into basic components. If we want to understand why does government grow, then the precursor issue of how the government grows need to be answered as the rationale can only be explored after the process is specified. Further we still need to take a step back to define what exact we mean by “Government”, “Size” and “Growth”.

“Government” in the normal conventional sense is the organisation or system of organisations through which the power of the state exercised, i.e. it is the means through which the state can impose its will on individuals. The problem of this definition is that it would be rather difficult to conceptualise into physical form.We will have to define what we mean by the power of state and involve the idea of sovereign.

So another way is to see government in its functional terms. The exact scholastic definitions can vary according to different theoretical focus, but it is widely agreed that the government consists of the legislative function, the administrative/executive function and the judicial/arbitrator function. These three functions combined set in place the system of rules under which the organisation of the society can be maintained and the actions of individual can be bounded. Thus allow order to emerge from anarchy. Confusion may arise here to assign these three functions to the distinct hall mark of modern democracy, but this is not necessarily true as autocracy or oligarchy governmentalso without exception have the trio as defining, executing and enforcing laws are equally important irrespective of regime type, albeit with the branches often combined under one super-intending entityunder autocracy and lackingthe “check and balance”. Any government, in order to govern effective, needs to have the legitimacy and necessary violence to create and enforce laws that specify the institutional set-up of a state or a society.

Another crucial important function of government is the provision of public services; the concept of which has been coined since the inception of Public Economy. This role could be traced back from the Roman viaducts, to the Great Wall of China and to the interstate highway of the US, and historically been recognised as the more visible contribution or value of a government. However to further extend this concept, the so called “public goods” doesn’t necessarily have to be narrowly defined in this demand driven way, after all the provision of state resources for the welfare of general publicis a relatively recent phenomenon, just to think of Pyramid of Egypt or Napoleon’s European War Expedition (although fervent French nationalist may debate for its merits). So to be more encompassing in our definition, we can think of this function to include the execution and materialisation of ruling class’s vision.Hence government is also an organisation which is able to amass the populace, pool common resources and command coordinated group actions to execute large scale social projects which private individuals do not have the incentive or the ability to undertake.

The third function is in its core the derivative of the first two, i.e. the government need to have income generating ability in order to be economically viable to perform the law/institutional maintenance, as well as carry out public projects. Here the predominant means is government’s monopoly of tax collection with the hidden threat of institutional violence. But governments’ financing also including asset sales/lease (Pre-industrial revolution England and socialistChina both owned large amount of land assets under state entity), exploitation of state owned resources, operating nationalised companies in state regulated market, public debt financing etc.

The post The growth of government and its underlying driver has been one of the most researched themes in the study of modern political science, owing much to its relevance to modern popular political participation and the public wariness of big government in a liberal oriented democratic society. appeared first on Nursing Nursing. 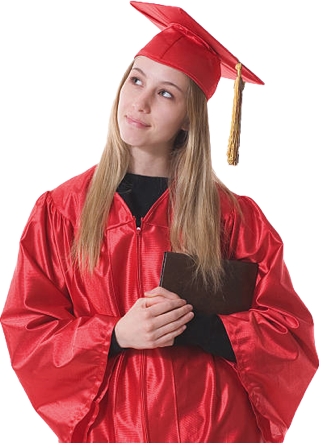